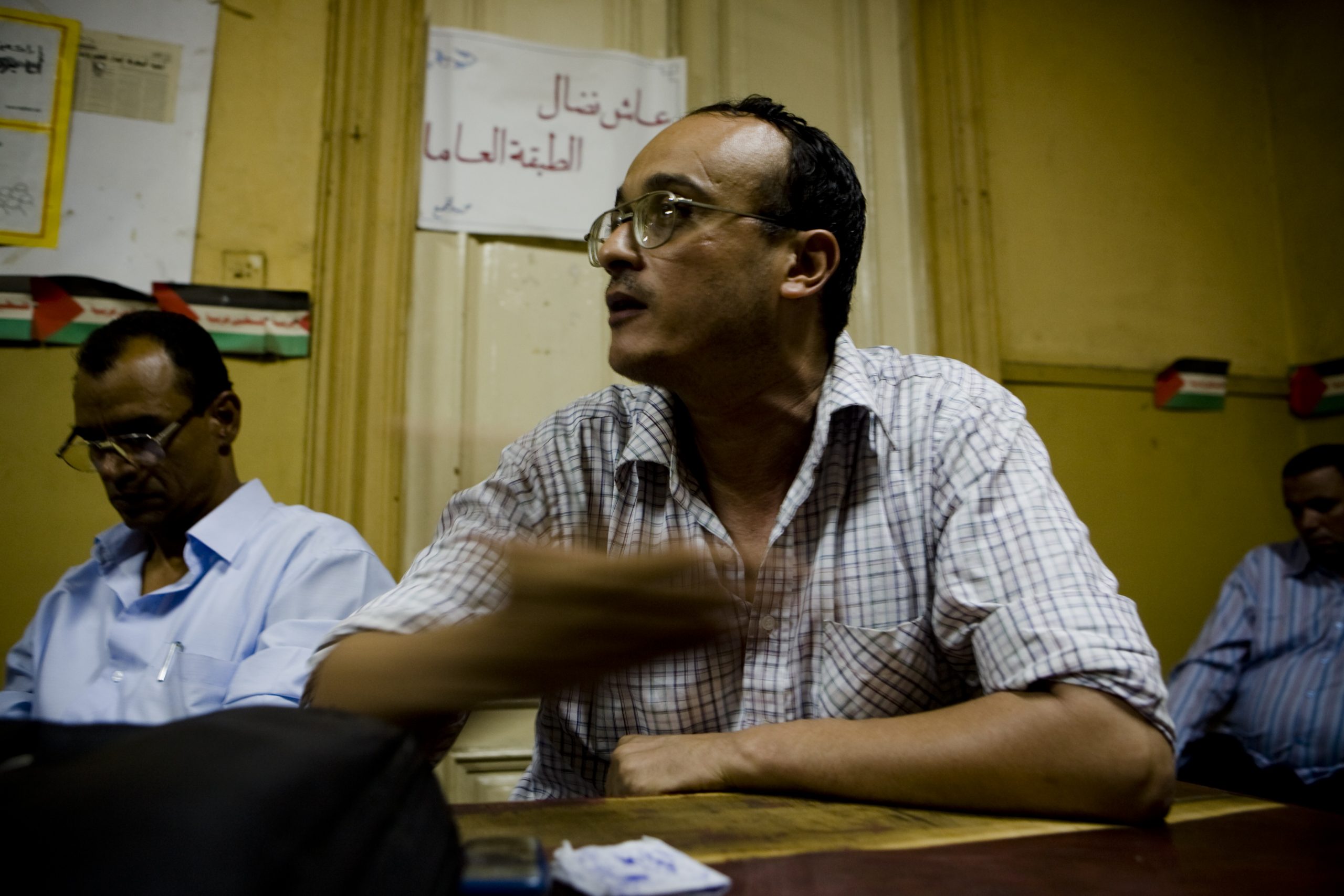 Before his arrest in the early hours of Tuesday the 25th of June 2019, i.e. 545 days ago, journalist Hisham Fouad Abdel Alim has been receiving medical treatment and physiotherapy for back pain due to pathology in his back vertebrae. In prison Hisham received some physiotherapy which has for more than month been stopped as well as his medical treatment for unexplained reasons.

In the recent period, Hisham Fouad began to suffer from digestion problems in addition to cracking teeth, and despite his numerous requests to see orthopedists, dentists and internists, the prison administration withholds medical examination and treatment, except for random antibiotics, which added to the deterioration of his health condition.

Yesterday – December 20, 2020- his lawyer, Mr. Khaled Ali, submitted a request to the State Security Prosecution, and it was handed over to the Counselor, Head of the Investigation Team in the State Security case no. 930, to enable the journalist accused in the case known in the media as “Hope” to be examined by an orthopedist and spine specialist as well as a gastroenterologist, and a dental specialist. Hisham remains deprived of receiving physical therapy, and only antibiotics are given, which led to a deterioration in his health and cracking of his teeth. He also requested that the prosecution authorizes him to conduct the necessary x-rays and lab tests and receive medical and physical treatment and enter a hospital if necessary, at his own expense.

Medical negligence is a common behavior in Egyptian prisons that is systematically practiced against political detainees in particular, at a time when the state claims that prisons provide the best possible medical care to detainees. Prisons have witnessed the death of at least 68 detainees from the beginning of 2020 until the end of November as a result of deliberate neglect of medicine, in addition to dozens of complaints and appeals from prisoners and their families regarding the deterioration of the health status of inmates during the same period without any response from the Prison Authority administration.

Although the Prisons Organization Law provides for the provision of health and medical care to prisoners, this obligation is limited to those convicted, leaving a wide category of pretrial detainees for long periods at the mercy of prison officers and its administration in clear violation of Article 18 of the Egyptian constitution promulgated in 2014 which states that “every citizen has the right to Health and integrated health care.“ The article did not exclude pretrial detainees from this right.

Accordingly, the family, friends and colleagues of journalist Hisham Fouad add their voice to that of his lawyer and demand the following:
1- His immediate release so that he can receive the necessary treatment to prevent further deterioration of his health condition.
2- Until then, enable him to access orthopedics, internists and dentists and enable him to attend physiotherapy sessions.
3- In the event that it is difficult to provide these medical services in prison, we demand that he be transferred to outside medical institutions even at his own expense, and we consider that refraining from doing so to be an additional deliberate punishment in addition to his deprivation of liberty.